She Woke From A Month Long COVID Coma, How They Did It Is…

Yet Another State Is Setting Up Internment Camps For The Unvaxxed..

The Reason White People Have Disappeared From Commercials Is Totally…

She Walked Into The Doctor’s Office, Then A Stranger Handed Her A Note…

Yet Another State Is Setting Up Internment Camps For The Unvaxxed..

If you’re new to the prepping scene, you should probably know right off the bat that you’re about to waste a lot of money. I’m so sorry to break it to you, but it’s true. We’ve all done it. It’s practically a right of passage by now.

You’ve just become aware of how fragile our society really is, and all the horrifying ways the shit can hit the fan, and you think you have to rush out and buy a bunch of supplies and gear to survive the inevitable looting spree. There’s something you should know first though. If there is one thing that is practically guaranteed to part an otherwise smart person from their money, it is fear.

So stop, take a deep breath, and realize that in all likelihood the world is not going to end tomorrow. There may not be any serious crises for months or years. I know this (as do many other preppers) because I couldn’t possibly count the number of times I’ve heard someone I would consider reputable, sound the alarm on a possible threat.

Don’t get me wrong I’m glad they do, because it’s good that we have people who are dedicated to looking for these threats, but you should know that most of them never come to fruition. If anything, they are usually signs that our society is in a slow decline towards oblivion, rather than an explosive last hurrah. There’s still danger ahead, but when it’s all said and done, there may never be a single day that will go down in history as the day the world ended.

So now that I’ve assuaged your fears, hopefully you’re gripping your wallet a little tighter than you were before. That state of mind you’re experiencing, the one that isn’t an anxiety riddled mess, is the correct state of mind you should be in for prepping. It’s time to take a critical look at that list of supplies and gear you’re thinking of purchasing, and be prepared to cross a few items off, because some of them are highly overrated.

I don’t want to completely bash canned food. It certainly has its merits. In most cases it will last a very long time, longer than the expiration date in fact, but most canned foods aren’t very healthy. The whole canning process tends to degrade the nutritional value of the food, and most cans are laced with toxic preservatives and BPA. They’re also heavy and somewhat awkward to store. If you want to can your own food, that’s a worthy endeavor for other reasons, but to go to the store and max out your credit card on canned food is a terrible idea.

After realizing the folly of cans many preppers turn to MRE’s, but they also come with their own set of problems. For me personally, I find them to be utterly disgusting and unhealthy. They usually taste great when you’ve been hiking all day and you’re starving, but in that condition anything can taste good. I remember the first time I tried an MRE. I thought, “wow, this tastes familiar.” After looking over the ingredients, I realized that I was basically eating the same stuff that is served at McDonald’s and 7/11. 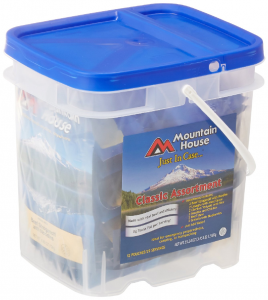 Freeze dried food. Mountain House brand is the most popular, but there are several other good brands out there. It’s arguably healthier than most packaged food, and has a shelf life of 10 years or so. It’s small and lightweight, and to me at least, has an excellent flavor. The only downside is that it’s not perfectly edible out of the package. You have to add water (preferably hot), but I consider that a fair trade-off compared to the downsides of the other options. If you live in an area that would have a severe lack of water after the collapse, then maybe canned food is for you. Otherwise, freeze dried is the way to go.

This is a tough one, because I have to admit that generators can be useful for many short-term disasters. If you need to keep the lights on for a couple of days it’s a viable option, but generators may be completely useless during any long-term disaster. In that case, they become a logistical nightmare. Since it’s safe to assume that there will be gas shortages during any major disaster, do you really want to store enough gasoline to last you six months? And keep in mind that gas has a limited shelf life, and generators are usually really noisy.

Another thing to consider is energy efficiency. The majority of the electricity you use in your home goes toward appliances that provide heat. But the process of turning the combustion from your generator into electricity, and then back into heat, is incredibly inefficient. We don’t normally think about this because the power grid provides electricity at such a low-cost, (relative to a generator) so it’s not a big deal. 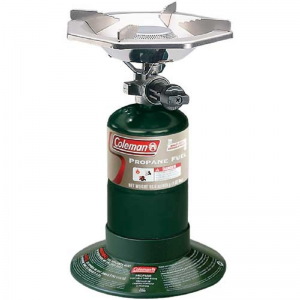 If you live in a rural area, you might be able source wood from your environment. Otherwise, You should probably use propane for all your heating needs. There are portable stoves, lanterns, and space heaters that all run on propane. You can buy those tiny Coleman tanks for your stove, or you can buy an adapter to connect it to a larger tank. Most of the lanterns have to take the Coleman tanks, but many of the space heaters are designed for the 20lb tanks as well. It’s a pretty versatile option, and best of all, propane has a much longer shelf life than gasoline. If you have to stock up on fuel, this is definitely the superior option.

The rest of your energy needs will probably go to electronics, which will be minuscule compared to your heating needs. For that, I would take a thin and flexible 100 watt solar panel over a generator any day.

I’m an avid backpacker, so I think I have more experience with this than any other item on this list. For such a simple task, there is a wide variety of ways to carry water. Nowadays the most popular way is with any kind of soft, flexible canteen. They’re lightweight, easy to store, and since you can squeeze the air out of them the water doesn’t slosh around and make a lot of noise.

Over the past 10 years it seems that the Camelback and the Platypus canteens have come to dominate the market. But frankly, I’ve never been a big fan of those drink tube apparatuses, due to their maintenance needs. You have to keep the tube and the drink valve very clean if you don’t want to get any mold. It doesn’t take a whole lot of effort, but personally, I don’t want to put any more work than I have to into my canteen, and I don’t see the Camelbak giving me a huge advantage in any way. 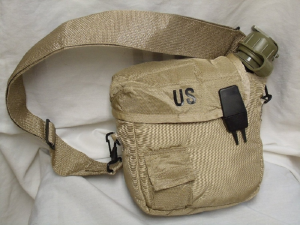 For a while I tried using bota bags, but honestly I don’t think they make them like they used to. Maybe I’m just unlucky, but I’ve tried using three different bota bags over the years, and none of them worked very well (they always leak).

If you want a really simple soft-shelled water carrier, I’d recommend the military issue bladder canteen. It holds two quarts, and has all the advantages you’d come to expect from a flexible canteen, but without any of the fuss.

I’d have to say, the most overrated item a prepper could buy is military camouflage. There really isn’t a good reason for it unless you live way out in the sticks, in which case you probably don’t need a military pattern. A good hunting camouflage pattern should be sufficient. And since only 18 percent of the US population lives in a rural area, it’s safe to say that camouflage isn’t really that important for most preppers. If anything, that would just make you stand out in an urban or suburban area.

Even camouflage that is specifically designed for an urban area is a bad idea. Even if it helps to conceal you in a tactical situation, it will still make you stand out in literally every other situation. 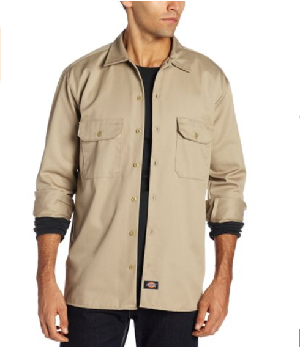 Instead of camouflage, just get something that is durable, comfortable, and is dyed in solid, muted earth tones. I’m sure there’s more than one opinion on what that entails, but in this case I’m referring to brown, tan, olive drab, and gray, or at least something similar.

These colors have the advantage of being versatile. You can wear them on city streets or in suburban parks without standing out, but on the off-chance that you wind up in a rural area later on, you won’t be too obvious there either. Basically, it’s not the best you can use for any single environment, but it’s the best you can use in most environments without looking like a stereotypical survivalist.