Do you know that even animals get their hearts broken by humans? Well, we are sharing you the story of one dog who almost lost her life because she had her heart broken by humans and could no longer trust anyone to come close to her.

Fortunately, the terrified dog was rescued one hour before euthanization, and all it took was one brave man who showed the pup some tenderness. Let’s tell you the story of Edie and her journey towards finding a loving home. 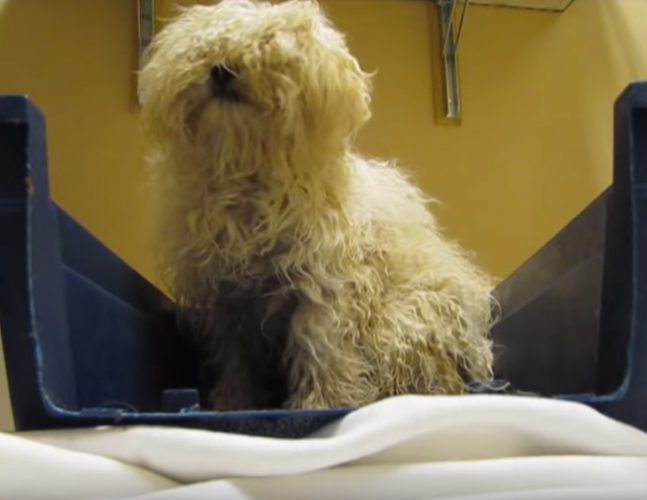 Bronwyne Mirkovich happened to come across a shaggy poodle named Edie, staring at him behind the cold, metal bars of the pup’s cage. Though Edie was a bit anxious at first, he eventually felt that the person standing right in front of him was a friend.

It was reasonable why Edie was fearful of humans because he was already scheduled for euthanasia in an hour. If there is something that could be considered as eerily perfect, Mirkovich’s timing fits the description because had he not arrived during those crucial hours, the pooch would not have made it through.

Although Mirkovich knew that shelters are forced to euthanize animals due to overcrowding, health hazard, and lack of budget and supplies, he did not realize that Edie was supposed to die within the hour. 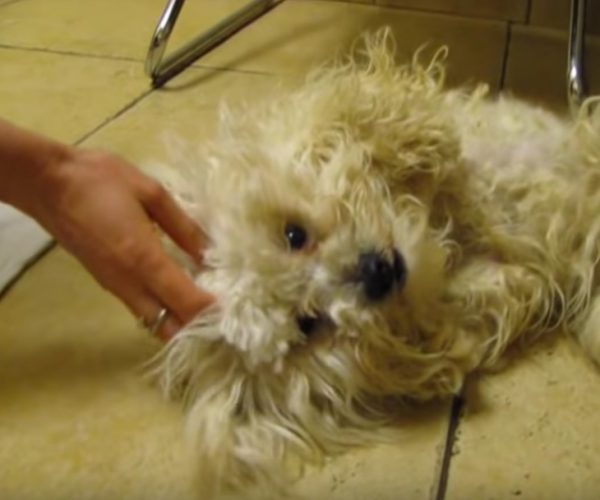 And just like that, Mirkovich was able to save an innocent dog’s life by choosing to adopt in an animal shelter instead of going to a breeder or a pet store.

And with fate on Edie’s side, he is now on his way home to a new, loving, and permanent family with a fear that he will get to live another second every day, behind him for the rest of his life.