What Bill Gates Is Having A Whining Tantrum About Will…

Why The Government Is Collecting Religious Information On American Citizens Is…

He Was Eating With His Daughter, Then He Got Handed A Note…

She Woke From A Month Long COVID Coma, How They Did It Is…

About 300 cities nationwide are working against Trump, trying to save illegals from deportation claiming businesses benefit from ‘cheap employees and additional consumers.’

New York City is among one of the largest “sanctuary cities” for illegal aliens in the U.S.

Just the other day, Mayor Bill de Blasio came out and told the Russian Television International that the NYPD refuses cooperate with federal Immigration and Customs Enforcement agents in the quest to detain illegal immigrants. 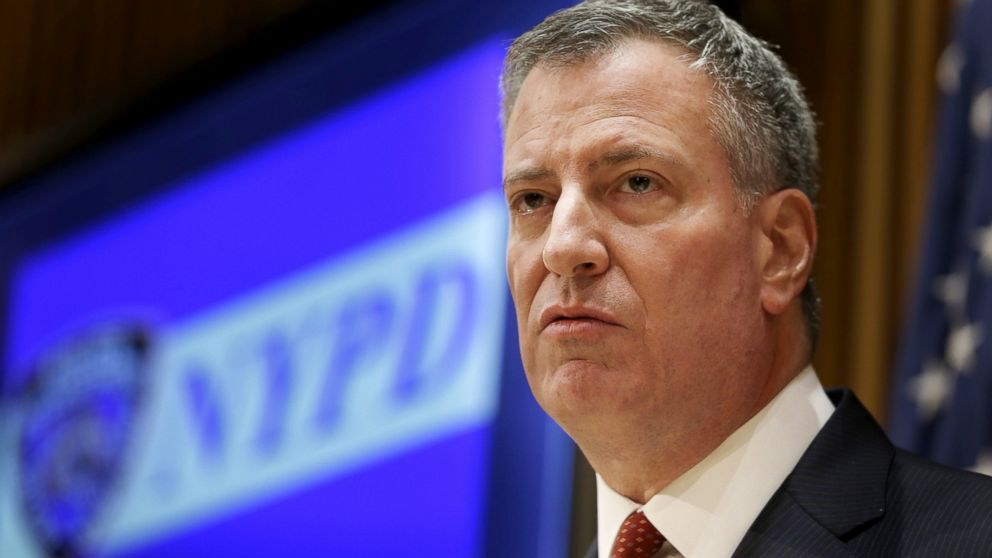 Here is his STUPID excuse as to why he won’t be cooperating.

“The NYPD will not participate as immigration enforcement agents because we have, for decades, built a close working relationship with immigrant communities,” de Blasio said. “Our police force is not going to be out there knocking on people’s door and it is not going to share information about people’s documentation status with the federal authorities.”

Mayor de Blasio falsely pointed out that there are more than half a million “undocumented” illegals in New caliming a “vast majority don’t commit any crimes whatsoever.”

He stated that city officials will ONLY cooperate with the feds only in immigration cases which involve “serious and violent crimes,” he said. “In terms of the City of New York, we said the only area where we cooperate is we have a law that delineates 170 serious and violent crimes. If someone is convicted — not just accused, convicted of those crimes — then we will work with ICE in terms of their deportation.”

de Blasio has vowed to oppose any executive order regarding illegal immigration Since President Donald Trump was inaugurated.

He has kept his word:

“We do not believe the President’s executive order related to immigration is legally clear or consistent,” de Blasio said, downplaying the risk that the city would lose federal funds. “We think it can be challenged effectively in court. If you look at it carefully, the only resources that could be held back, even if it were to pass judicial muster, the only resources that could held back would be from the NYPD, especially for anti-terrorism.”

I think that puts the President’s administration in a box of their own making. They claim they want to force us to change our ways, and their penalty is going to take away anti-terrorism funding that protects the biggest city in America and the number one terror target, I think that will end up being untenable and unacceptable. But in the first instance, nothing has been done to remove our funding so far, and if there ever were an attempt, we would immediately go to court to stop it.

Perhaps it’s time to arrest him for aiding and abetting criminals, and interference with criminal investigation, and obstruction of justice…. and…