Texas Just Told Them The Whole Grid Is About To Fail…

What This Reporter Confesses Obama Ordered Done To Her Is Absolutely…

A Michigan woman suffered serious consequences after she decided to start laughing and talking during the sentencing of her daughter for killing a man in a car crash while driving under the influence.

Amanda Kosal, then 25, was driving on Beech Daly Road near Plymouth Road on June 23 when she crossed the centerline and collided with an SUV head-on. Jerome Zirker, 31, died as a result of the crash. Brittany Johnson, his 31-year-old fiancée, was severely injured in the crash.

Kosal has since been sentenced to 3 to 15 years in prison, having admitted that she had been drunk at the time of the crash. 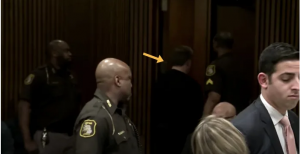 During the deadly DUI sentencing, Detroit Judge Qiana Lillard kicked two people out of the room for laughing.

“It’s time for him to go. And I don’t know who he is, but whoever can sit here at a tragic moment like this and laugh and smile when somebody has lost a family member … in the entire time that Mr. Zirker’s sister was speaking that clown, and that’s what I am going to call him, a clown, was sitting there smiling and laughing. And you can go, too. Because if you don’t know how to act, you can go to jail. So leave. Anybody that can sit there and laugh and smirk — take her, she’s going in the back — anybody else wanna go? You can go, too. This is a court of law. And these are very serious matters. I understand that you all are very upset because your loved one is going to prison but guess what, she’s going to prison for the choices that she made. These people are here grieving, saddened because a senseless act took away their loved one and you’re sitting here acting like it’s a joke?” Judge Lillard said. 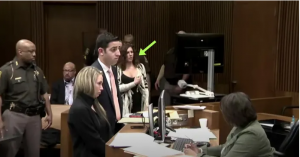 When Judge Lillard heard Kosal’s family members giggling in court while the victim’s family was reading impact statements, she couldn’t tolerate the disrespect.

“Not in Courtroom 502. Not today and not any other day,” the judge declared. 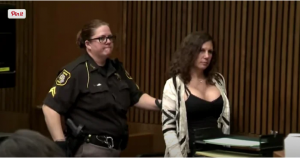 Judge Lillard sentenced Donna Kosal to 93 days in the county jail. The mom later apologized to the judge and her sentence was reportedly reduced to one day in jail.